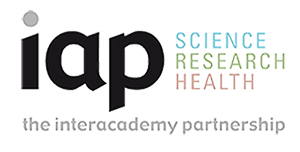 Under the umbrella of the InterAcademy Partnership, more than 130 national and regional member/ academies work together to support the special role of science and its efforts to seek solutions to address the world’s most challenging problems. In particular, the new IAP aims to harness the expertise of the world’s scientific, medical and engineering leaders to advance sound policies, promote excellence in science education, improve public health, and achieve other critical development goals such as fighting global environmental change.

Just as each academy has the potential to represent an authoritative voice nationally, this unified voice of academies aims to have great impact at regional and international levels. Now, as international attention has turned to the 2015 Sustainable Development Goals, including global environmental change challenges, IAP provides a collective mechanism and voice for science academies to further strengthen their crucial roles as providers of evidence-based policy and advice. IAP also continues to produce evidence-based statements and reports that examine major priorities for sustainable development, and that provide independent and authoritative advice to national governments and inter-governmental organizations, including the UN, on critical science-based issues.

The InterAcademy Partnership also uses the expertise of its leading members to assist in building the capacity of its less-experienced and newest members, thus strengthening their ability to take on an advisory role in their own nations and to contribute to global environmental change discussions.