Do you have your Eyes on the Rise? Sea Level Rise is a Reality for Conference Goers 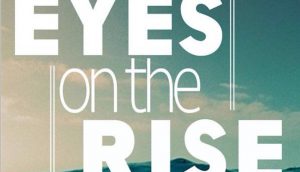 High tides combined with super saturated ground and rising seas resulted in substantial flooding in South Florida last week, just in time to greet Al Gore and the Climate Reality Conference in Miami. Parking lots flooded and roads turned into rivers while top scientists and stakeholders met to address the very near term effects of climate change. One team of researchers at the conference from Florida International University’s School of Journalism and Mass Communication is working to educate tomorrow’s communicators how best to bring climate change and South Florida’s rising seas into global conversations.
During a week of high level climate events that included researchers, political figures, and experts, Juliet Pinto, a professor at FIU, shared some local expertise that her team of university and citizen scientists have compiled over years of research.  At the FACTS event on September 28th sponsored by the French Consulate, FIU and Miami Beach, Professor Pinto’s research results were underscored by events happening right outside the conference room’s doors.

Keep your Eyes on the Rise!

Previous post: Which Unprecedented Collaboration of all World Nations takes place UTC 12 and 00?