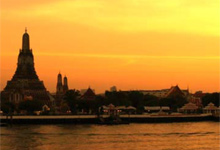 Conference organizers are now accepting abstracts for paper presentations for the second International conference on Cities at Risk: Building Adaptive Capacities for Managing Climate Change Risks in Asian Coastal Cities (CAR II). The conference, to be held 11-13 April 2011 in Taipei, Chinese Taipei, is part of the ongoing multi-year effort titled Cities at Risk (CAR), which aims to reduce risks and vulnerabilities of Asian coastal cities brought on by climate change and urban growth.

The first such conference, CAR I, was held in Bangkok in February 2009. Since then, a number of priority activities have taken place, including formation of active city teams working on vulnerability assessment issues and establishment of the IRDR Center of Excellence at Academia Sinica in Taipei. Other cities throughout Asia are also establishing national centers for disaster risk management. This second International conference – CAR II – is being organized to assess progress, to consolidate a network of researchers, decision-makers and institutions in the region and to identify priorities for the next several years.

Please see the attached Call for Papers for more information about this important event, including Conference Themes and abstract guidelines. Abstracts must be submitted no later than February 17, 2011 to be considered for the conference program.

CAR II is sponsored by the IRDR International Center of Excellence and hosted by the Academia Sinica, Taipei. The conference is co-organized by START, the East-West Center and CCaR (Canada). For more information, contact Clark Seipt at cseipt@start.org.